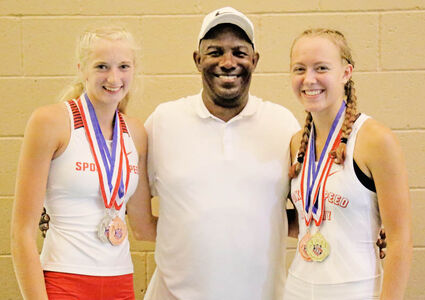 SEELEY LAKE - Seeley-Swan High School students Sariah Maughan and Kyla Conley are heading to Houston Texas later this month to participate in the National Amateur Athletic Union Junior Olympic Games for track and field. They will both compete the first week of August.