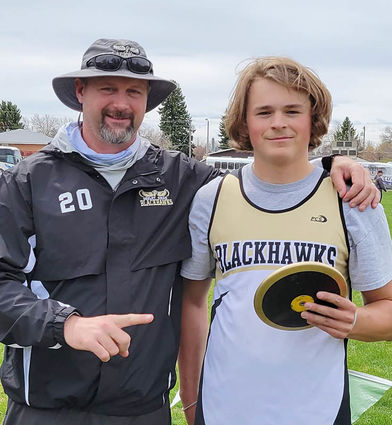 GREAT FALLS - Seeley-Swan Blackhawk junior Walker McDonald broke school records in both the Discus and Shot Put at the Fairfield Belt Invite May 1.

McDonald shattered Christian Jette's 1992 record by 7 feet 7 inches with a throw of 163 feet 10 inches. His shot put throw of 50 feet 10 inches was one inch farther than Barry Deleo's 1990 record throw.

"This has always been a goal of mine since I started track [at Seeley-Swan]," said McDonald. "I first realized that the records were actually in reach at the beginning of this year."