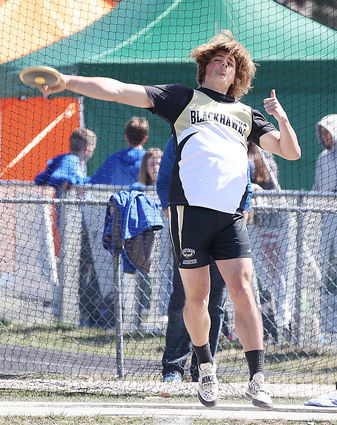 Senior Walker McDonald sets a new personal record in the discus at Frenchtown April 9 with a throw of 151 feet 2 inches. He received the Missoulian's Athlete of the Week recognition last week for the first time in his high school career.

SEELEY LAKE - Seeley-Swan High School Junior Walker McDonald was chosen as the Missoulian's Athlete of the Week for the week of April 7 after receiving the most votes from the public. This is McDonald's first time being named Athlete of the Week.

McDonald placed first in both shot put at 45 feet 11 inches and discus at 140 feet 6 inches at the Blue Devil Invitational in Corvallis, March 27. It was the first meet he had competed in since his freshman season in 2019.

He has been throwing discus and shot put since middle school. He began throwing because he thought it would be fun to try. He...