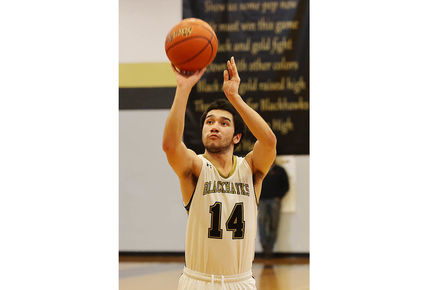 SEELEY LAKE - The Seeley-Swan Blackhawks split their week with a victory over Drummond at home Jan. 8 and a loss on the road to Valley Christian Jan 9.

The Blackhawks fought hard against the Drummond Trojans throughout the first half. The Trojans were punishing the Blackhawks on the long shots, scoring more than half their points from behind the three-point line. Despite this, the Blackhawks managed to take a razor thin lead into the second half.

The Blackhawks came out strong in the third quarter quickly putting some distance between them and the Trojans and managed to shut down their thre...