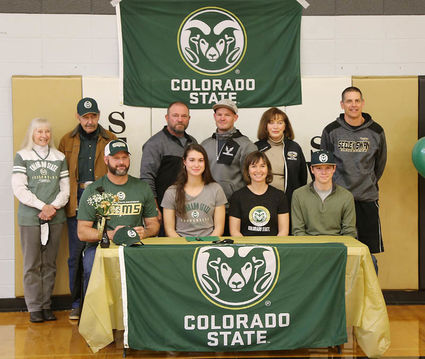 Kovatch said part of the reason she decided to sign with CSU was that it was relatively close to home with a major airport nearby and that they offered the degree she is looking to pursue which is food science and human nutrition.

"I liked the idea that there was a major there [where] I can go all the way to get my PhD if I wanted to. So that was a hug...