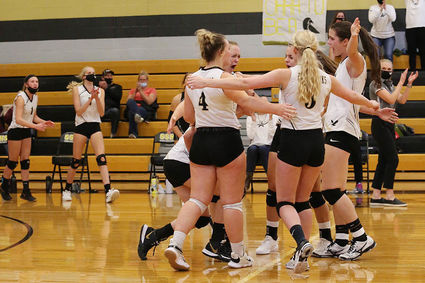 The Lady Blackhawks were able to build enough of a lead in the middle of the first game to hold off a late rally by the Bighorns for the 25-22 win.

The teams traded shots early in game two but the Lady Blackhawks soon found themselves trailing by a half dozen points. They fought hard, closing to within a couple of points late in the game, but the Bighorns prevailed 21-25.

The Lady Blackhawks could do no right in the third game. The Bighorns bui...