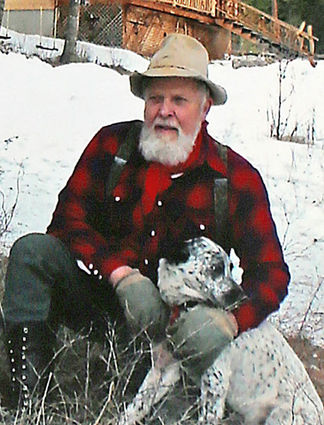 Back when Jimmy Carter was president, the woods in Montana were not do'n a whole lot. Don't know if it had anything to do with Mr. Carter or not. But, I needed a job so got hired on at Prince of Wales Island in Alaska. Borrowed some money at the banks at 24 percent interest, took a trailer, loaded the family and away we went.

To get to the island we had to load onto a small ferry called the Chilcat. Had to back down a ramp, around a corner onto the ferry. As I was back'n down, the upper deck extended over my spot. A vent pipe on my trailer was go'n to hit so the first mate, who was yell'n and carry'n on back there, made me stop.

"You'll have to drive off," pointing at my pipe.

Got me a hack saw. I climbed up on the trailer and bucked the pipe off and loaded.

Later the captain sez, "When I saw you backing down the ramp I headed for the aspirin bottle."

Anyway, the job was on Indian land so we thought we could camp there. Nope. White folks can't camp here sez the Indian Cop. First time I had experienced racism. Now-a-days everything is racism.

Then a few years later I got a cutt'n job over out of Browning. Up against the mountains on Indian land. Sawin' away, do'n my thing tree length. As I was gas'n up I could hear what sounded like a moose stomp'n through the crust com'n at me. Here comes a big Indian guy. Look me over and sez, "This job is suppose to be for Indians, you're part Indian aren't you?"

I assured him I was indeed Native American – born here. That was good enough for him. He went on to tell me he was once a log cutter himself, sawed logs all over the west coast. Drank too much whiskey and had a heart attack. He glanced over the lay of my timber, gave his approval, shook my hand and went hikin' off.

Sure is nice to meet folks that live and let live.