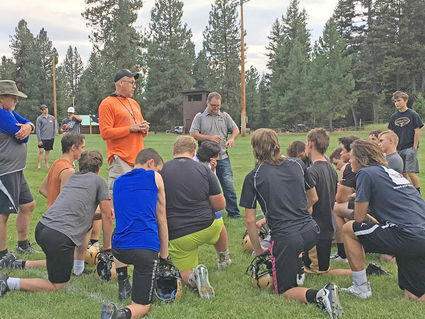 SEELEY LAKE - The roar of an excited crowd, the adrenaline stemmed from pride rushing through the players' veins and the fresh feeling of victory are what Seeley-Swan High School's new head football coach Jay Crum is looking forward to during this year's season.

Throughout his earlier years, Crum coached high school- and college-level leagues, as well as played for the Los Angeles Rams' practice team. Last year, he volunteered to be the defensive coordinator for the SSHS Blackhawks football team.

After the previous head coach resigned, Crum did not want to see the team endure too much cha...