Two poisonous plants you may encounter this summer 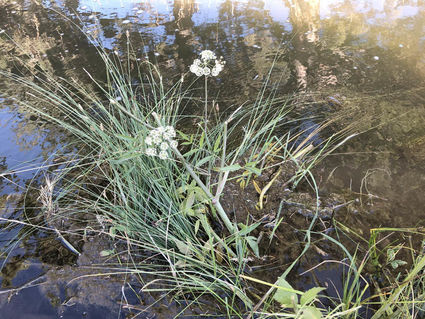 Western water hemlock growing next to grasses in canal.

I have received several calls about plants that have either just shown up or have increased in density and distribution with the additional precipitation we have received in many parts of Powell County this summer. Two such plants are poison hemlock and Western water hemlock. Ingestion of either by humans or livestock can result in illness or death.

Poison hemlock, the most toxic of the two, was used to create the potion Socrates was forced to drink in 329 B.C. Some Native American tribes have used juice made from the hemlock plant to taint the tips of arrows. Roots of hemlock have been mis...