The way they were 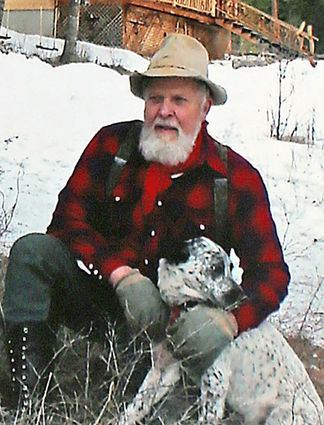 Many moons ago, before computers took away good men's jobs, Allen Chaffin read the meters around the area. We'd have a talk whenever he caught me at home. He tells me his wife Mildred wanted to convey to me to keep writing, she really enjoyed it. Coming from her it was a great compliment.

Anyway, I have her wonderful little book, "Once Upon a Life Time." I wonder it's still in print – such a treasure. If not, someone with the means should get it reprinted. She, like my Mom, came from the pioneer stock that endured many of life's sorrows. But stayed strong and found strength from others who cared.

This here story of hers is not in that book but I remember it from somewhere. At least it's the way I remember it.

Seems like back in the old days the ranger was at Ovando. He was one of those characters long passed into history. Part cowboy, part logger, part packer and dedicated firefighter in the days when the motto was out of ten – if possible. Don't ya know, just a great all around hand.

Well sir, came to pass whenever he rode in out of the hills why he wanted to relax so he sat in his chair, put his boots on his desk, spit in the spittoon and called the girls in the office "heifers."

At any rate, one of the gals wrote to the head office in Denver to complain just what he did. The head honcho said he's look into it.

I don't remember what became of it. Now-a-days anyone who wants to be a ranger has to get some of them there degrees: in something. Ya have to decipher all that paperwork out of Washington, D.C.

Them 'ol boys back there never had no "degrees," just well versed in the school of hard knocks and common sense.

I knew some when I was a young ya-hoo crashin' into trees. They're forever tucked away there along the back trails of my memories.