Teenagers get involved in suicide prevention 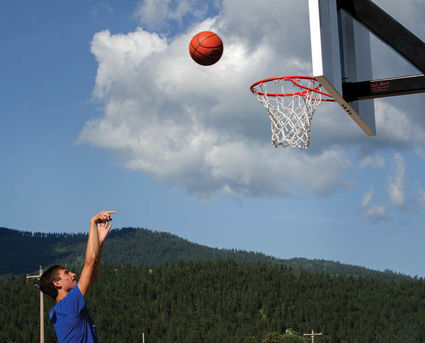 Arlee Warrior Lane Johnson drops a ball in the hoop during the off season.

ARLEE – Lane Johnson, 17, dribbled a basketball down a concrete court in his hometown with the skill of a state champion and easily dropped the ball through the hoop. His skill developed after hours of practice and years of playing the game, and in that time, he never thought he would become a role model, but he welcomed the title.

Johnson is a member of the Arlee Warrior basketball team who won the Montana Class C State Championship this year. As the top athletes in the state, the team realized other teenagers and children would be looking up to them, so they decided to use their platfor...