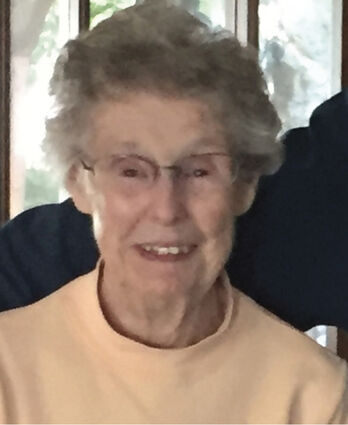 Mary Holmes passed away peacefully on January 1st, 2023 at North Idaho Hospice with her daughter, Carolyn Holmes and husband, Ron Wooley, and eldest son Hank Holmes by her side.

Mary graduated from the University of Montana with a degree in Economics.

She was recruited to be a teacher at the Swan Valley Grade School in Condon, MT and taught for many years.

Mary was predeceased by her husband Robert (Bob) Holmes and two of her sons, Robert Holmes and Dirk Holmes. Mary has 8 grandchildren and 10 great grandchildren. Thanks to three of her grandchildren, Jessie, Melissa, and Allen Holmes and his wife Kayla, she was able to live independently in her own house until her passing.

She and Bob enjoyed living in Coeur d'Alene for 28 years and became members of the Sons of Norway until she became too frail to participate.

She was an avid feeder of any and all cats and supported the Humane Society.