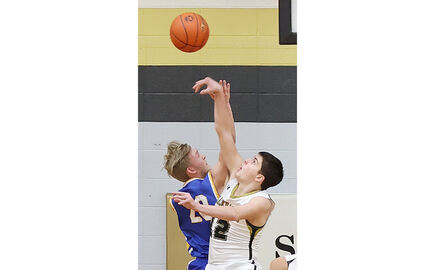 The Lady Blackhawks wasted no time keeping the Pirates at bay outscoring them 18-3 in the first quarter and finished them off 54-18.

Two Lady Blackhawks scored into the double digits with Kyla Conley putting up 13 points and Emily Maughan scoring 10. Rilyn Richardson was dialed in from the free throw line hitting a perfect 4 of 4.

In the Boys game, the Pirates gave the Blackhawks a little more grief, mainly from the three-point line. A buzzer beater at the end of the first, a three-pointer to open the secon...