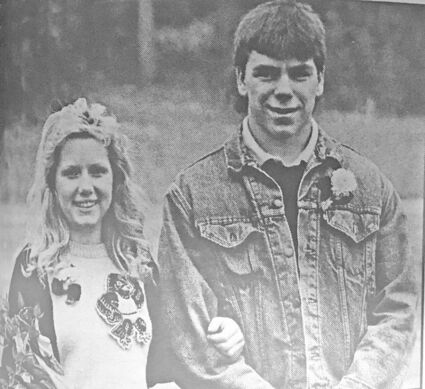 In celebration of 36 years of the Seeley Swan Pathfinder, each week we will run parts of articles that appeared in the issue 35 years ago and 20 years ago. The entire issue will be uploaded to our website seeleylake.com for you to enjoy.

Buckle up: It's the law

No more excuses, folks, it's time to buckle up when you get in your car. State legislators voted last spring to make seat belt use mandatory in Montana. Beginning Oct. 1, people violating that law will receive warnings. After January 1, 1988, officers can issue tickets when people do not use their seat belts. Only the driver of a vehicle may be cited, not the passengers.

Montana law enforcement officers have for many years promoted the use of safety belts. Deputy Sheriff Scott McDonald, Swan Valley, has seen people suffer because they weren't wearing seat belts.

"I've seen where people have been thrown out of their cars, had broken necks, been knocked unconscious, drowned in creeks, been run over by their cars and been killed because they didn't wear seat belts," he said. Conversely he has watched people walk away from serious car wrecks because they wore their seat belts.

To read the rest of this article and more from this issue, visit https://www.seeleylake.com/home/customer_files/article_documents/1987-10-01.pdf

After more than 40 years of fighting fires, supervising crews and maintaining facilities, Ted Richardson, assistant fire management officer with the Swan Lake Ranger District in Bigfork is calling it quits. 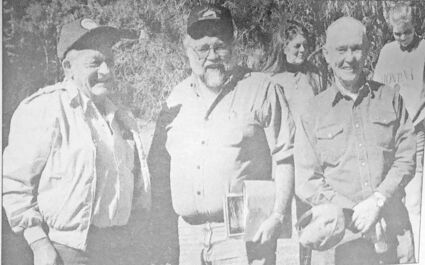 After more than 40 years, Ted Richardson, center, is retiring from the Swan Lake Ranger District. At his left is Herb Styler, retired assistant ranger for the Condon District, and Boyd Koessler, right, retired facilities manager at the Condon Work Center. All three men helped with a recent public field trip to the old Condon Ranger Station in the Swan Valley.

Friends and co-workers will host a retirement party for Richardson at Liquid Louies's in Condon on Saturday, October 5. The party will begin around 2p.m. with a potluck meal followed by a dance.

Richardson has worked in the Swan Valley seasonally for the past three decades. His stories about good fire years erupt without warning.

"1973 was a good fire year. I spent most of my time in Lion Creek that year," he said. Fire crews camped in a high basin above Lion Creek that summer and discovered an old elk hunting camp. "It was a neat little spot," he said.

The summer of 1981 was the busiest fire year in the Swan Valley in recent decades. "I always thought I wanted one more summer like 1981 on the south end of the district," Richardson chuckled, "but I'm kinda glad that didn't happen. There were fifty of us working out of here that year, and we ran out of initial attack. We had 35 fires over 10 acres in size."

To read the rest of this article and more from this issue, visit https://www.seeleylake.com/home/customer_files/article_documents/2002-10-03.pdf