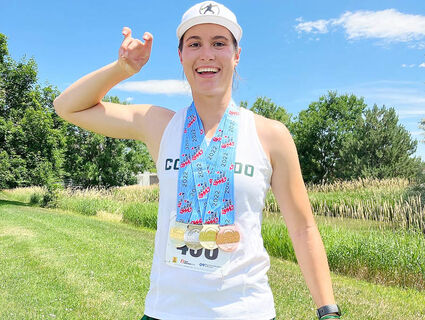 Seeley-Swan High School 2021 Graduate Klaire Kovatch wearing a few of the medals she has won at the Big Sky State Games.

The Athlete of the Year award is designed to recognize individuals who best personify the ideals of the State Games movement: participation, sportsmanship, effort and positive attitude.

"I was really surprised I received the award because, at the time, I had no idea the Big Sky State Games recognized an Athlete of th...