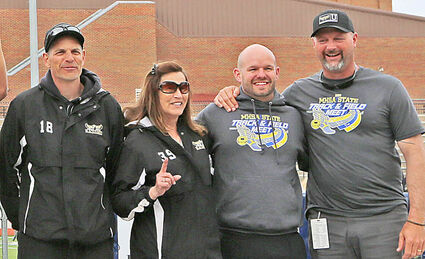 The SSHS Boy's Track and Field team won the Class C state title for only the second time in school history. Haines's son Chase was a senior on the team. The first win was in 2000.

"For me, it was fun winning with those senior boys who lost out on a year in their hi...