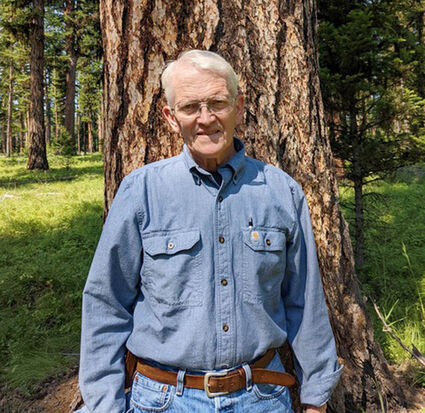 Pyramid Mountain Lumber Resource Manager Gordy Sanders is the 39th recipient of the William Schlich Memorial Award since it was first given to President Franklin D. Roosevelt in 1935.

SEELEY LAKE - Pyramid Mountain Lumber Resource Manager Gordy Sanders received the 2022 William Schlich Memorial Award for his 46 years of outstanding work that influenced local, state and national forestry policy. Sanders is one of only 39 recipients of the award in 88 years.

"When you look into the criteria for the award and look at who received it previously, it's amazing," Sanders said.

The award is given out every two years by the Society of American Foresters and recognizes broad and outstanding contributions to the field of forestry, with an emphasis on, but not limited to, policy and national or international activities.

The award is in memory of Sir William Schlich, a 19th-century English forester and the founder of the School of Forestry at Oxford University in 1905.

Sanders said he did not apply for the award. Instead his forestry colleagues nominated him.

"He has his fingers all the way up the chain," Kuehn said. "He just makes sure that we have active forest management now and in the future."

For the award, Kuehn submitted a biosketch of Sander's work in forestry, highlighting his college work and career in forestry afterward.

After Champion was sold in 1993, he worked for Plum Creek Timber Company where he served as Senior Forester and Manager of Log Planning and Procurement. Since 1996, Sander has been the Resource Manager for Pyramid Mountain Lumber, where Kuehn said he's left an "indelible mark in numerous ways."

In the biosketch, Kuehn provides examples of Sander's accomplishments. One example of Sander's work was in the early 1980s when he pursued strategies and implementation of heli-torch burning on complex burns. His professional action and approach developed into a presentation he gave at the National Wildfire Coordination Group Interagency, which provides national leadership to wildland fire operations among federal, state, local, tribal and territorial partners.

Sanders said he's honored to receive the award and a little surprised he received it. 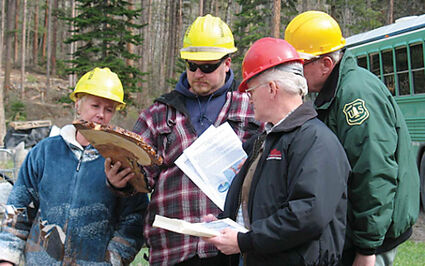 "I think it's important for folks to realize that when an award of any recognition is given, no one is really pursuing that recognition," Sanders said. "They're just doing what they do, because it's the right thing to do."