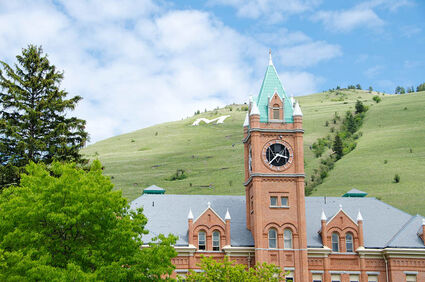 After 1919 and the end of World War I, Montana state government responded to other pressing needs in the wake of the war and provided little immediate assistance to the multi-campus University of Montana. Faculty salaries and the repair and renovation of existing facilities fell to new lows, causing the chancellor and the board to discuss enrollment limits and reductions in instructional staff to deal with the problems.

Prior to American entry into WWI, the board had authorized the chancellor to initiate a facilities planning process in preparation for the time when resources permitted action. Planning proceeded, with George H. Carsley and Cass Gilbert contracted to prepare campus plans for implementation when resources permitted. In response to the worsening resource crisis, Chancellor Elliott worked closely with the presidents to develop a strategy for a "University Funds Campaign" sponsored by the alumni of all four campuses of UM and funded with private support.

In relatively short order, they secured the necessary signatures to place two initiatives on the ballot in the election of 1920: #18 for a levy of 1½ mills dedicated to support the ongoing operations of the University and #19 to authorize a state-funded $5 million bond issue for construction on the campuses.

Several board members, including the governor, doubted the feasibility of the effort but ultimately acquiesced after the chancellor explained that the University administrators and alumni, not the board members, had the responsibility to persuade the voters. By July 1920, the University Funds Campaign encompassed a wide-ranging public effort to secure approval of the two initiatives, an activity that recurred every 10 years going forward.

Despite predictions of failure because of the gloomy economic conditions, and perhaps because of the impetus generated by the robust reform campaigns of Joseph M. Dixon and Burton K. Wheeler in the hotly contested gubernatorial election of 1920, the initiatives passed by a margin of 25,204 votes, with 58.2 percent of the total vote of 157,678 – 91,441 for and 66,237 against. The alumni had raised $12,857 to support the campaign and spent about $12,000. To show appreciation, the board authorized the chancellor to prepare a report on expenditures and distribute a copy to every donor.

The levy has succeeded on every subsequent occasion, increased incrementally to 6 mills, most recently approved in 2008.