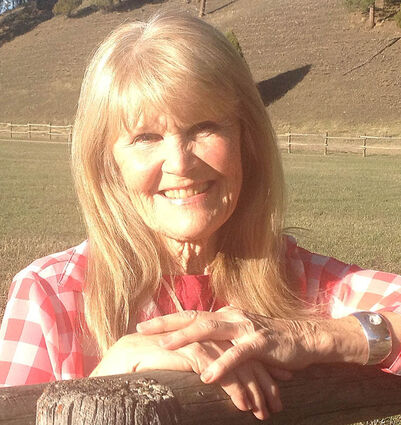 DEWEY, ARIZONA - Carol Ann (Cleckner) White peacefully went home to be with our Lord and Savior on June 15 in Dewey, Arizona with her family by her side as her partner and two children held her hands as she took her last breath.

Carol's family moved to Arizona in 1950. Carol attended Sierra Vista Elementary and South Mountain High School. While in school she excelled academically, honor student and quite the popular cheerleader. Carol met the first love of her life Terry L. White.

Carol being raised in an avid outdoor family introduced her husband and two children to the great outdoors. Carol loved to explore, camp, fish, hike and bowhunt throughout the state of Arizona. Carol was a highly competitive and successful 3-D target archery shooter.

Carol loved being active in sports. She was a pitcher for a semiprofessional slow pitch softball team based out of Phoenix and traveled the Southwest. She also loved playing tennis and volleyball. Carol loved to strut her dance moves and became a sought after country and western dance instructor for different establishments in downtown Prescott and Dewey.

She did a lot of team instructing with her son and daughter. Carol loved playing the guitar and hand bells. Carol was actively engaged as a parent and leader with her daughter in Girls Scouts and son in Boy Scouts.

Carol loved decorating and beautifying people's homes. She took this talent and passion and started her own Interior Design Studio named Carolove's Interiors in Prescott, Arizona. Always wanting to make a positive difference in people's lives, Carol felt a new calling in life. She decided to go back to school and get a degree in education. She graduated with honors from Mesa Community College and achieved a Bachelor of Arts in Education from Northern Arizona University. She taught at different schools in Yavapai County and decided to make Humboldt Elementary School "home" where she made such a positive difference with the students and faculty there. Carol found her passion while working with these wonderful kids. Helping them become better and seeing them achieve their dreams throughout these early years and beyond.

While working towards her degree in education, Carol met her second love Rick Bartels. Carol and Rick made a wonderful home in Dewey, the B - X Ranch. After retiring from the school system, Carol and Rick moved to their ranch, the Clearwater Creek Ranch in Seeley Lake, Montana. They lived in Seeley Lake for a number of years.

While there, Carol couldn't sit still and became very active in the community. She was a very desired substitute teacher for the local schools and proud member of the Lions Club and a Rocky Mountain Elk Foundation committee member. She volunteered regularly at the local Food Pantry and assisted with organizing the Morrell Creek Irrigation Association. She was instrumental with many additional community improvements.

Carol and Rick moved back to their ranch in Dewey in September 2017 where she became very active with the Yavapai Cowbelles, Arizona State Cowbelles and an Elected PC for the YavGOP party. Carol loved donating her time and energies to the local charities and scholarship programs in her community.

Carol was a friend to all. She was willing to assist and help whomever she could. Carol was an amazing mother and wife full of love, compassion, patience and charity. She will be greatly missed.