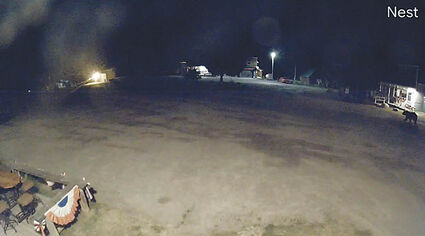 Figure 4 in the BOR Final Report

Still shot from video taken by security camera at the Blackfoot Angler's. Image shows a grizzly bear walking in front of the Museum on July 6, 2021 at 3:26 am.

The IGBC reviewed the official report and recommendations at a meeting on Wednesday, July 13 with Fish and Wildlife Grizzly Bear Coordinator Hilary Cooley. Cooley said officials found food and toiletries in and around the tent, along with lingering food scents from July 4 picnic celebrations.