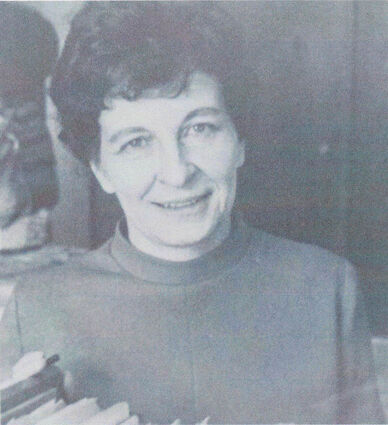 SEELEY LAKE - Norm Baier's "girlfriend" of 71 plus years passed peacefully from this life on June 29.

Rose was born in Virginia City, Montana on Dec. 19, 1931. A fourth generation Montanan, Rose's roots dated back to the days of her great-grandfather Benjamin Charles Williams. He was a member of the original Vigilantes who reasserted order in crime-ridden Virginia City and Bannock during the prosperous, but dangerous, gold mining years of 1863 and 1864.

Rose's parents were divorced early in her life and her memories of childhood were mostly of long days laboring alongside her older sister Eda helping her mother Clara, survive as a ranch cook during the Depression.

Rose moved to Hamilton, Montana for the latter part of her senior year of high school when her mother remarried. Rose was working as a waitress at the Range Cafe in Hamilton after graduation where she met Norman Baier, the man who would be her husband for over 70 years.

Married in 1950, Rose and Norm moved often around western Montana, chasing the decent-paying pipeline and logging jobs. Together, Rose and Norm raised three children Karen, Bill and Bob after losing their first infant daughter Penny in 1951.

The Baier family settled in Seeley Lake in 1957. After several moves with the mobile home, including a couple of stints in Dog Town, purchased a newly built house on the lake in 1964. The new high school had recently been built. In his second year as principal, Kim Haines made what he often said was "the smartest hire I ever made" when he offered Rose the school secretarial position, a job she held until she retired in 1997.

Rose absolutely loved the job, the staff and especially the kids! Years later she confessed to having always felt guilty taking the position, as she felt she was neglecting her family. In reality, her children absolutely loved her working and enjoyed classmates and others discovering what a unique, wonderful mother they had.

In 1986, Norm and Rose built the 1-Stop Convenience Store on property they owned alongside Highway 83 in Seeley Lake. Bill and Bob were planning on managing it for a short time period with the intent of selling it soon. Bob's car accident quickly changed those plans! Consequently, Rose began handling the business financials, as well as still working at the school. Later, after retiring, she continued doing the accounting and books at the store, a job she did until her late 80s.

Whether it was raising her family or the work at the school, Rose set about her work the same way - efficiently and pleasantly, with a humble demeanor that never gave away just how tough and resilient she really was. Norm had a reputation for being a bit ornery. While Norm could be all bark and no bite, everyone knew that Rose was really in charge. As Norm's brother Ken once said, "Rosie raises that left eyebrow...everyone knows...That is enough!

That raised eyebrow kept her three children in line. She was never one for spanking, grounding or time-outs. She did not need them. They had learned early in life the heartbreak of disappointing their mother. Her expectations were very clear: show up, work hard and don't complain. There was no point coming home complaining about teachers, coaches or bosses because she had no time for it! Rose's attitude was that if you had a problem, it was your job to fix it.

This mental toughness may not have been evident in her public persona but her family was audience to her resilience throughout her life.

When her son Bob was in the car accident and was in a coma for months, Rose was by his side daily, only departing for short periods to keep things in order at the high school.

Rose was diagnosed with breast cancer in her late 70s, traveling to treatment every other day for months, but customers and employees alike would never have been the wiser as they chatted with her at the front of the store while she sipped her coffee over the crossword.

In her late 80s Rose had a blood clot near her brain and was quickly flown to Missoula. Through the miracle of modern medicine she survived and was back home to Seeley in a few days. After first bringing her to the store as she requested, Bill returned with the cup of coffee she asked for, only to find her walker at the base of the staircase while she crawled up the stairs to the office. She had work to do! 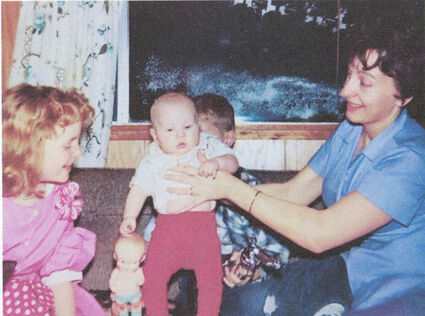 Rose never really spoke much of the past or herself, she just rose each day, loved her family and took on whatever chore or task that the day presented. Her joy in life was her family, especially her children and grandchildren, and watching them succeed in their own lives. Those who knew her admired her ability to be warm, yet firm, quiet, yet wise, and kind, yet demanding. Unlike Norm, who told his girlfriend he loved her with his "dozen hugs a day," Rose was much more reserved with her affection. Her family knew how much she loved them and they her.

After a few months of living without her husband and best friend Norm, Rose was ready to leave and close this final chapter of her hard, full life.

Rose was preceded in death by: her parents Percy and Clara; stepfather Leonard; brother Jack; sister Edith; infant daughter Penny and husband Norman. She is survived by: her children Karen, Bill and Bob; grandchildren Summer, Maya, Matt, Jessica and Robert; great-grandchildren; and many nieces, nephews and in-laws.

A celebration of life for both Rose and Norman will be held at a future date.