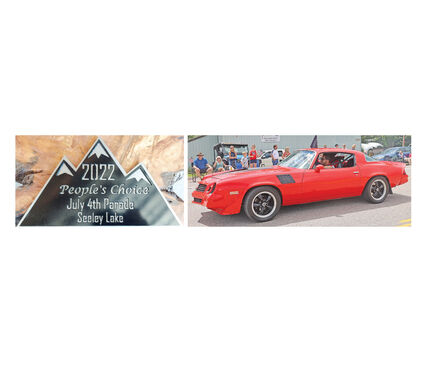 Seeley Lake's Luis Caro in his 1978 Camaro Z28 won $200 and the People's Choice Plaque (left) designed and donated by Cole Henrekin of Peak Fabrication. Caro received the most votes racking up 57 likes by the close of voting July 9 at 5 p.m.

The People's Choice Awards were sponsored by the Seeley Lake Area Chamber of Commerce. The Chamber appreciates everyone who participated in the parade and voted.