Celebrating 60 years of love and friendship 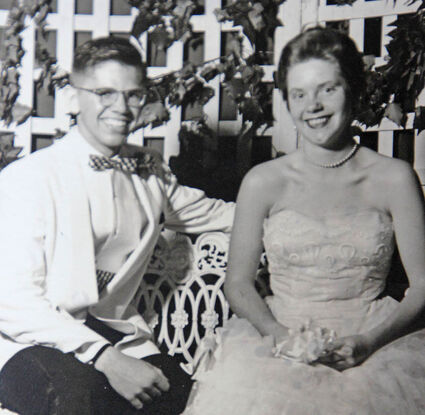 Steve and Betsey Ellis at their senior high school prom in 1957.

SWAN VALLEY - Ten years ago, Betsey Ellis was touring a castle on a hill in the Czech Republic Capital of Prague, when she found the perfect 50th anniversary gift for her husband Steve. It was a rock.

Discreetly picking it up from some loose cobblestone, she gifted it to Steve and told him it was a symbol of their marriage because, like stone, the foundation of their love was rock solid.

With plans to celebrate their 60th anniversary on June 17, the rock remains a testament to their ongoing love and dedication to each other.

"The rock was kind of for both of us because that's how we fee...