McDonald signs to throw for University of Montana 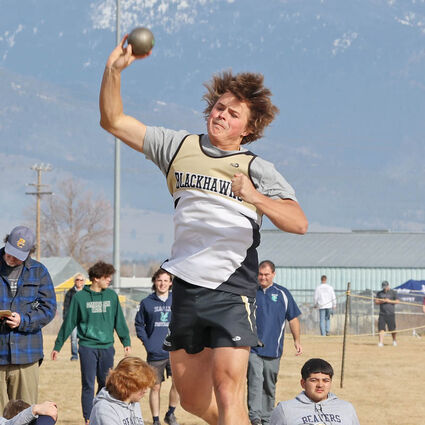 Walker McDonald signed to throw with the Griz Track & Field team next year. He will specialize in discus and shot put while also getting to try the hammer.

SEELEY LAKE – Seeley-Swan High School senior Walker McDonald has seen a lot of success throwing for the Blackhawks during his high school career including setting a new State record in Discus a few weeks ago. Now he looks forward to continuing his throwing career at the University of Montana next fall after signing with the Griz Track & Field team.

"I've always wanted to throw in college since I realized I had some sort of talent," McDonald said. "Plus it is in Missoula which is where I wanted to go anyway."