Grizzlies too close to homes in Blackfoot 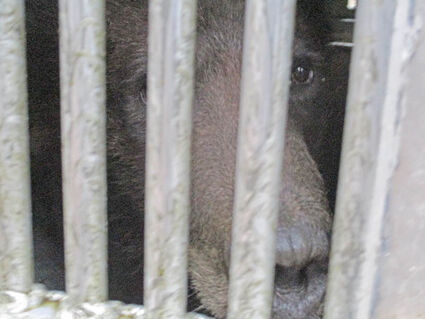 A two-year-old female grizzly caught in a culvert trap May 29. It was set by Montana Fish, Wildlife & Parks up Twin Creeks near Potomac after this female and another refused to leave the property. This bear was relocated after being collared.

POTOMAC - Two female grizzly bears were trapped Sunday, May 29 on private property up Twin Creeks Road. One was relocated to a remote area the next day and the other was euthanized in Missoula due to an old injury that led to a serious infection.

According to the Montana Fish, Wildlife & Parks bear management team, on Wednesday, May 25 the two-year-old bears were in the Johnson Creek drainage moving east. The grizzlies remained close to homes along Highway 200. One bear was missing a foot. Preemptive trapping ensued on private property near Wisherd's bridge Friday, May 27 but was unsuc...