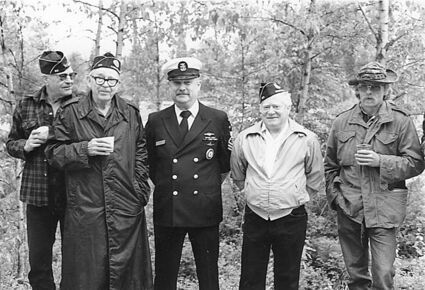 Grizzlies and ski areas can be compatible - if you don't put a restaurant on top of the hill, according to Dr. Charles Jonkel, well-known grizzly researcher from the University of Montana. Jonkel attended a May 20 meeting of the Economic Task Force, a committee of the Seeley Lake Area Chamber of Commerce. Tourism and timber were discussed.

The possibility of a ski area on Mount Henry has been considered by certain members of the Chamber for the past six months, and Jonkel was asked for his opinion on the compatibility of bears and ski hills and, also, about bears and timber sales.

The Forest Service is proposing a timber sale in the Mount Henry area north of Seeley Lake. Jonkel was not comfortable about logging impacts on grizzlies in that area

The southern extension of the Mission range in the Mount Henry area is crucial grizzly habitat, Jonkel said. There are dens in that area, and it also provides a travel corridor for bears to reach the Rattlesnake country, the Reservations near Evaro, and even the Bitterroot Mountains.

Jeff Macon, Chairman of the Economic Task Forces, suggested that the group should respond to the Forest Service request for public comment about the timber sale. Roger Johnson of Pyramid Mountain Lumber, Seeley lake, during a public comment period following the meeting, objected to Macon's implication that the economic Task Force could speak to the Forest Service for the entire Seeley Lake Area Chamber of Commerce.

Regarding the tourism industry in Seeley Lake, Johnson said that "better services will better serve my employees, and I'll have a better work force." But he continued, Lumber provides a good sound economic base for this area, and recreation only builds on that. "We're not a Champion; we're not a Burlington Northern - We're a small company. Small impacts become big impacts for us," he said. All the talk of tourism in Seeley Lake in recent months may be giving people an incorrect view of the real bread-and-butter industry in Seeley Lake - which is timber, Johnson said....

To read more of this article and more from this issue visit https://www.seeleylake.com/home/customer_files/article_documents/1987-05-28.pdf

Competition for antlers leads to controversy

Like elk antlers falling not so softly to the hearth, as they did throughout the month of April, so too have the comments from antler hunters drifted into my office since the Game Range opened on May 15th.

The prevailing theme has been the issue of equal opportunity to find shed antlers on the Game Range. And, in the course of making their points, antler hunters have taught me a few things. 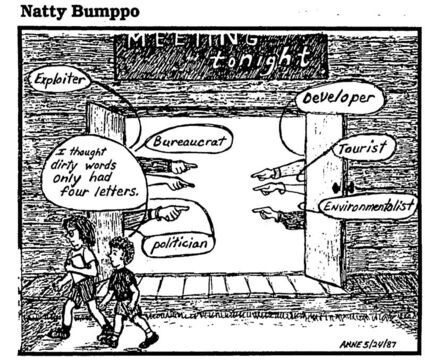 First and foremost, antler hunters have proven themselves to be an exceptionally confident lot. In almost all cases, antler hunters would preface their comments with statements such as, "The place was already picked over [illegally prior to the May 15th opening to the public]. I only found two 5-point and a 7-point and gave up altogether by 9:00 a.m."

Now, the area within which Game Range bulls are likely to shed their antlers in the month of April covers no less than 25,000 acres, or about 40 square miles. I envy the self esteem in a person who could dream of effectively searching a small fraction of that area in only a few hours...

To read more of this article and more from this issue visit https://www.seeleylake.com/home/customer_files/article_documents/2002-05-30.pdf