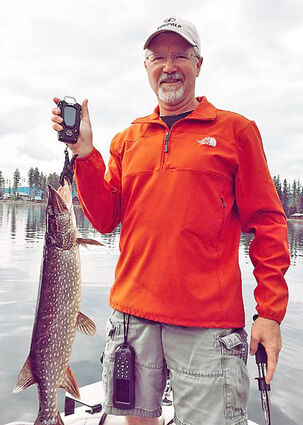 SEELEY LAKE - Jaylund R. Rammell, 60 of Seeley Lake, Montana, passed away suddenly and unexpectedly in the morning of March 28 in Seeley Lake.

He was born July 11, 1961 to Elden and Dorine Rammell in Ronan, Montana. Shortly after his birth the family moved to Seeley Lake where Jaylund spent the rest of his life loving the mountains, rivers and lakes he called home.

Jaylund grew up loving and working outdoors from a young age. Logging was a family business that Jaylund perfected to a science after learning from his father Elden otherwise known throughout the valley as Papa Smurf. In the logging world, Jaylund was well known for his meticulous work as he created and developed his thriving business Crimson Peak Timber Management.

Jaylund was also a dedicated wildland firefighter and would convert his logging equipment into sought after fire suppression machinery which was efficient in firefighting locally, statewide and at the national level during some of the most extreme fire seasons. Jaylund was finishing his last season in the woods logging but fire suppression with his heavy equipment was a passion he was looking forward to continuing in his retirement years right around the corner.

Jaylund was an avid outdoorsman who loved to hunt and fish. Fishing was his greatest passion which he enjoyed year-round. It didn't matter if it was fresh water fishing, snagging salmon or drilling a hole for ice fishing, he always had his next fishing adventure planned and lots of pictures and fishing stories he was always willing to share.

One of his favorite stories was to tell about his times as a young boy fishing in Deer Creek with a bent safety pin. Jaylund certainly had a knack and ability to not only catch the most fish but also the biggest. Even when no one else was able to get a bite, Jaylund always seemed to have a stringer full of fish. His biggest and perhaps his favorite catch, was when he pulled a 30-pound northern pike through the ice on Seeley Lake. To sum it up, any and every day was a good day for fishing for Jaylund.

In 1993, Jaylund married Jenny L. Carpita and together they raised two sons Beau and Stephen Maciag and daughter Kaylee Rammell. Later in life, Jaylund enjoyed many hunting and fishing adventures with his dear friend Kim Johnson of Kalispell.

Jaylund will be dearly missed by loved ones, family and friends. Cremation has taken place and a celebration of life for family and close friends will be held at a later date this summer.