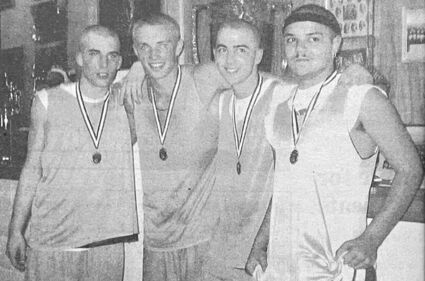 When the first section of the present grade school was built, Marshall Grey, sawmill owner, chairman of the school board and an avid square dance club member, suggested that we move our dancing to the heated hall at the new schoolhouse. This was easy living! But still more families were moving in, and there was a need for other types of activities.

The dream of a community center was beginning to take form, and some one asked Mr. Grey for an estimate of the cost of a building large enough for all community events. He came up with a figure that took all the wind out of our sails. Twenty thousand dollars! And we didn't have even twenty thousand cents!

But the dream would not die. Money, or the lack of it, took precedence at any and all discussions and some of us began to conjure up ideas for fundraisings. Mame Baker was then the president of the Home Demonstration club, the forerunner of the present Seeley Lake Women's Club. Mame was then the same ambitious soul that she is today and she began to niggle her subjects toward money-making deals for this worthy cause.

On a blustery March day in 1968, while many Seeley Lake residents were enjoying some of the first snowmobile races on the lake, Jim Sullivan announced that he and Bert had decided to give some land to the community for a building site. That was a giant leap for Seeley Lake! Now, we who had been agitating felt that nothing could stop us. Jim had given a lot of thought to the matter. He knew what he wanted in the way of rules and regulations and had his lawyer draw them up and include them in the corporation papers. The hall was to be governed by a board of representatives from local organizations. It is still governed that way. Meetings were held at Chaffin's home, with Allen as chairman, to make decisions and further plans. And I wish to say here and now that Herb Townsend has worked with him all the way.

In May of 1968, volunteers began to work, burning a chicken coop and small barn, and clearing and leveling the ground. A small and rather dilapidated dwelling was retained for storage and was used to serve meals to the workers when the crew was large enough to warrant lunch at the building site.

The hall was not built without some dissension. There were doubters and a few who were downright negative. But, I will admit, it must have seemed more than a little irrational to attempt such an ambitious project without one red penny to underwrite the cost. But as progress was made, donations and fundraising began to mount up.

Our first bank deposit was money received from the disbanded Saddle Club. We now had money: one hundred and sixty-nine dollars of it!

From that money, we wrote our first check in the amount of $155.40 to Pyramid Lumber for cement to pour the footing and foundation. It was sold to us at their cost. The foundation was poured in September with two mixers and a crew of volunteers. Butch Townsend cooked hamburgers at the site to feed the workers at lunchtime.

Pyramid cooperated with the Community Hall board in every way, sawing and furnishing logs and lumber, often at cost or by donation, to get us started. We also borrowed their heavy equipment when it was needed.

To read more of this article and more from this issue visit https://www.seeleylake.com/home/customer_files/article_documents/1987-04-16.pdf

High school hoopsters down all for the gold, grade school team comes home with silver

Seeley Lake hoopsters recently competed in the annual Anaconda Head-Fest 3 on 3 basketball tourney. Both the grade school and high school made a fine showing against a very competitive field. 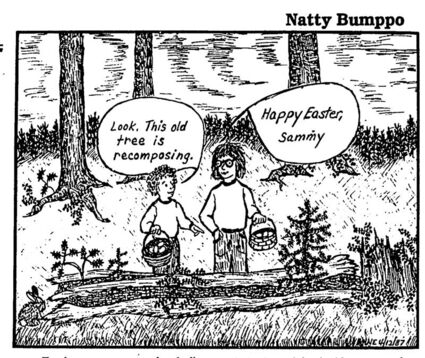 The high school sent a team consisting of Zach Nelson, Cody Hard, Bano Contreras and Trevor Walmsley of Missoula Big Sky. The boys ran the table to bring home the gold medal in their division. Some of the other teams who fell victim to Seeley Lake were Anaconda, Bozeman, and Three Forks. Three Forks was last year's defending champion, but was no match for the Hawks' quickness, passing and tough defense, and fell 20-5. The championship game was played against a Copperhead team with a 6'5", 250 pound post player. Seeley doubled and recovered and prevailed with a hard fought 16-14 victory.

The grade school sent a group of fifth and sixth graders who have never played in a tournament together. The team consisted of Ryan Nelson, Zach Balcolm, Zach Evans and Eric Ferdinand. The youngsters...

To read more of this article and others from this issue visit https://www.seeleylake.com/home/customer_files/article_documents/2002-04-18.pdf