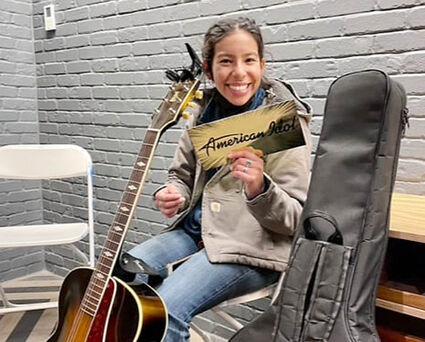 OVANDO – Growing up in a musical household, Zia Kloetzel of Ovando developed a passion for music.  Not only is she deeply motivated by music, her mother Andrea Morgan said she has discovered it brings other people joy.

After she was contacted this past summer by a scout from American Idol, Zia began the auditioning process for the 2022 Season of American Idol.  She received a golden ticket during the auditions in Nashville, Tennessee and will continue the contest during Hollywood Week, airing March 28 and April 4. She looks forward to sharing her musical gifts with the world.