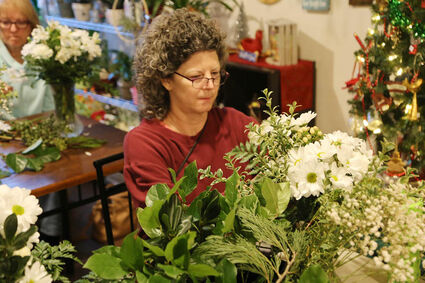 SEELEY LAKE - ReMarkable Floral is adding fun to their services. Last week they offered a Floral Creation Make and Take, this was the second in a series.

The first Make and Take happened last November. It was well received, according to Ruthie Mizner-Welch, owner of ReMarkable Floral. Talking to people she learned they were interested in doing more.

"Flowers are happy. Most people respond really positively to flowers," Mizner-Welch said. "We got several comments from the one we did in November. The first one said that it was just really nice to have something different to do, particularly i...