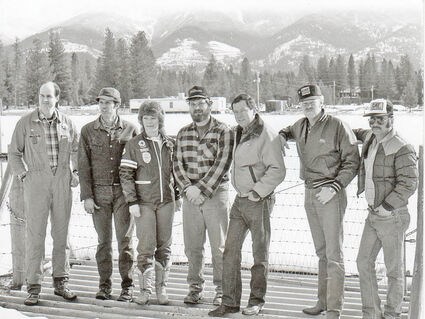 The Community Development Staff for Missoula County recently recommended approval of a proposed subdivision on the shores of Placid Lake in the Clearwater Valley. According to Paula Jacques, Missoula County Planning Office, if the county commissioners approve the preliminary play for Placid Lake Properties' South Shore Tracts at their March 25 public meeting, developers can proceed with the project, including sale of recreational lots.

Before final plat approval, however, all specifications contained in the preliminary plat must be approved.

To read more articles from this issue visit https://www.seeleylake.com/home/customer_files/article_documents/1987-03-26.pdf

Getting mountain goats into the Spacegoat

A few weeks ago, I was in the Scapegoat Wilderness at about 8,000 feet huddled behind two crates in a snow squall. I was contemplating the risky business in which we sometimes find ourselves. I had company, Tom Lemke, my counterpart from Livingston and Shawn Cleveland, a UM wildlife student, joined me in nervous joking and recounting our adventures of the past two days. We had captured 10 mountain goats in the Crazy Mountains, trucked them to Lincoln and had just flown them into the release site there north of Red Mountain to reestablish a viable population there.

Forty minutes earlier, we had waved off the helicopter, because two of the goats would not leave their crates. Now that the goats were gone, we were cold and just a bit apprehensive. 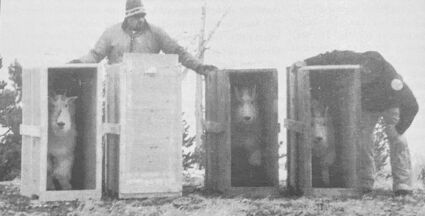 Maybe it was the galling wind and light snow or maybe it was our presence. But those goats felt far safer in the crates than out in the open. So, when the big Huey had last landed, we could only send it back with two empty crates, while we stayed behind to see those last two white pioneers safely released in their new homeland. They were stubborn. In desperation, we finally tore the backs out of the last two crates. That left them so exposed that they had to flee, after a few final threats to the three well-meaning biologists.

It had been a long haul. Eighteen months earlier the project began with proposals to Montana FWP and the Helena National Forest....

To read the rest of this article and more from the issue visit https://www.seeleylake.com/home/customer_files/article_documents/2002-03-28.pdf