What Federal funding could mean for wildlife crossings 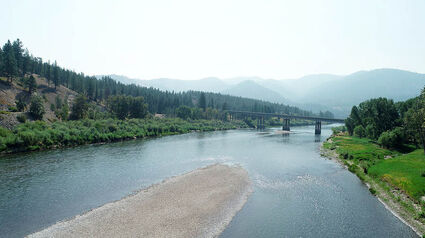 The "Bell-Ninemile" photo shows habitat Vital Ground conserved along the Clark Fork in 2019 that allows grizzlies and other wildlife to access a natural underpass crossing beneath I-90 connecting the Ninemile Range with the Bitterroots.

A grizzly bear dubbed "Lingenpolter" by local biologists caught the attention of many in Montana and elsewhere last year. Using a GPS tracker, biologists watched as the young male bear repeatedly attempted and failed to cross Interstate 90. They followed Lingenpolter's movements in an area between Missoula and Butte, watching as he traveled for miles alongside the interstate and tried to cross it an estimated 46 times from fall of 2020 to spring of 2021.

Lingenpolter's story illustrates an issue facing many animals in Montana and beyond: highways, interstates and other major roadways fragme...