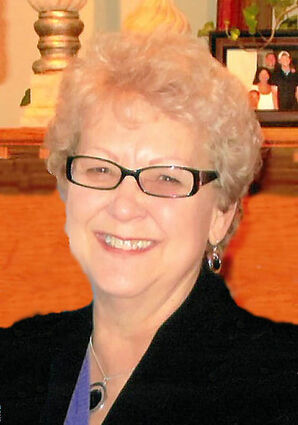 BUTTE, MONTANA - On the evening of Feb. 16, Heaven opened its doors and Shirley was delivered into the loving arms of her devoted son Jay. Shirley Erickson passed away while being visited and comforted by her family and Pastor Carrels at St. James Community Hospital. Shirley was 79 years old.

Shirley was born in Havre, Montana on July 2, 1942 and was the third child born to Lyle and Lillian (Miller) Hamilton. She had a special relationship with her older brother Richard 'Dick' Hamilton and his family.

In 1963 the Bickford family moved to Butte where her husband had a job at the J C Penney Store in uptown Butte. During that time Shirley made lifelong friends with the Russell and Tinsley families and considered them part of her extended family. In 1969 she gave birth to her only son Jay Bickford who was the light of her life. Shirley was a loving mother and kept a wonderful house full of love, great food, friends and laughter.

Shirley loved to play pinochle, camp, read and take long Sunday drives with the family. She loved to garden and take care of her lawns - this was evident in every home she ever had. She loved to sew dresses for her daughters and nieces when they were young and in later years she made quilts for all of her grandchildren. She also enjoyed making Swedish weaving blankets for friends and family, and church banners for Gold Hill Lutheran Church in Butte and Holy Cross Lutheran Church in Seeley Lake, Montana. She was very active in both churches serving on the church councils and was part of many women's groups during the years.

Shirley had a great quirky sense of humor; her eyes sparkled with delight when she giggled and laughed, which was often. She loved her family and her many nieces and nephews - she holds a very special place in their hearts. Shirley never missed sending out personal birthday cards to her family and friends.

Shirley worked at the Snow White Laundry when her girls were in grade school so she could be home when the girls arrived home from school with their faithful dog companion Ginger. She also ran at the Star Lanes restaurant with her good friends Gene and Patsy Byrnes. After Jay was born, she became a full time mother once again. She continued her career at the Bonanza Freeze working for the Russell family when the girls were in high school. In fact the whole family worked at the Bonanza Freeze at one time or another, except Jay.

Shirley continued her career at Pittsburgh Plate Glass after she was divorced from her first husband in 1978 and continued to work there until the business closed. She was the wheelchair van driver for the Crest Nursing Home and later worked in the activities department where she met her good friends Bev Rudolph and Peggy Eustice. She retired from the Crest Nursing Home and went into the catering business with her friend Lynn Tinsley for a short time. Leo McCarthy coaxed Shirley out of retirement in 1997 to work for him at State Farm Insurance and she worked there until 2000.

Shirley married her second husband Warren Erickson, the love of her life, on March 19, 1983. They had many wonderful years together with their dogs Yukon and Diesel and several cats. She gained four more children when she married Warren - Steve, Cindy, Todd and Teresa Erickson and she considered them hers.

Shirley and Warren lived in Butte for 19 years and enjoyed camping, fishing, boating, four-wheeling and snowmobiling with family and friends. She also loved going on motorcycle rides with her son Jay, hang-gliding with her nephews Doug and Danny Hamilton for her 40th birthday, a helicopter ride with her daughter Jody, and racing down the alpine slide at Jackson Hole with her girlfriends. She always was a bit of a daredevil and Warren made her promise when they got married that she wouldn't go skydiving!

In 2001 Warren and Shirley moved to Seeley Lake and then the fun really began for them in their retirement. They had a beautiful home in Seeley Lake and continued to upgrade the property. They just had to have a fire pit so friends and family could gather to tell stories in the evenings after playing on the lakes for hours during the daytime. She made many friends in Seeley Lake and joined Holy Cross Lutheran Church there and was an active member until her health slowed her down.

Warren died in 2008 and Shirley continued to reside in Seeley Lake until 2018 when she moved back to Butte to be closer to her daughters. She lived in her beautiful condo in Butte until August 2021, when she moved into her apartment at The Springs Assisted Living Facility until her death.

The family would like to thank The Springs for taking such good care of Shirley. A special thanks to Chris Ketchum, her favorite nurse, and to Konni Smith for her wonderful visits. We would also like to thank Pastor Carrels for being with her in the hospital at the end.

Please visit http://www.buttefuneralhome.com to offer the family a condolence or to share a memory of Shirley. Axelson Funeral and Cremation Services has been privileged to care for Shirley and her family.