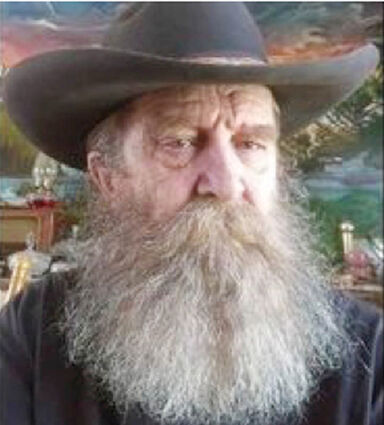 SWAN VALLEY - Henry 'Kerry' Good of Lindbergh Lake headed out to his next adventure on Jan. 16, 2022. Kerry was born in Spokane, Washington June 24, 1944 to Henry Ketchum Good and Jeannie Johnson. He and his brother Hugh Craig Good traveled the world with their parents as the sons of an Air Force Serviceman. These travels took the family from Newfoundland to the Middle East and the Arctic.

At the age of 12, Kerry was enrolled in boarding school in Switzerland, graduating at the age of 16. Upon returning to the states he enrolled at the University of Montana. After only one semester he was drafted and went to Washington DC and petitioned to have a meeting with President Lyndon Johnson. After 37 days of petitioning, he was granted a five-minute meeting with the President. In those brief few moments, he talked his way into getting a presidential appointment to West Point and attended The Academy from 1965 to 1969.

On a beautiful summer day in 1967, while water skiing on Lindbergh Lake, Kerry met Stacy Barber. After their first date at the Bigfork Playhouse, he asked her to marry him. After leaving West Point, the two moved to Colorado where Kerry enrolled at Denver University in Colorado where he studied civil, mechanical and environmental engineering.

Kerry was the head engineer in the creation of "The Articulated Wall," an 85-foot tall sculpture that still stands on a busy stretch of Interstate 25 in downtown Denver. It was during his college years in Denver that Kerry's skill as an auto mechanic would shine while he managed an exotic car repair shop.

In 1976 Kerry and Stacy returned to Montana with their two sons Kayl and Bo. It is here, on the shores of Lindbergh Lake in the peaceful Swan Valley of Montana, that Kerry and Stacy raised their beautiful family.

Kerry worked as a freelance engineer and a boilermaker. Stacy worked in the home as not only a mother but also a teacher. Together, they homeschooled their seven children and lived a full and exciting life in the wilderness, where Kerry shared his knowledge and Stacy her wisdom and her love. They were a big family with an enormous love for life and for one another.

In the final chapter of his journey, Kerry continued to live his life on his own terms with his companion Jane Williams in Lewistown, Montana.

Our family would like our dad to be remembered for his sense of adventure and his brilliance. We will continue to honor his legacy by remaining curious, always seeking knowledge, fully loving and most importantly learning...always learning. God Speed Old Man, it was a 'Good' ride!