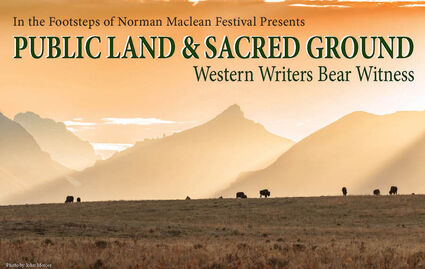 The In the Footsteps of Norman Maclean Festival will be held June 24 - 26 at the Missoula Public Library.

MISSOULA – The fourth In the Footsteps of Norman Maclean Literary Festival announced its biennial gathering will be held June 24 - 26 at the Missoula Public Library. This year's Festival is named "Public Land & Sacred Ground: Western Writers Bear Witness" and will feature nationally prominent authors who will discuss the unique heritage of American wilderness, public lands and sacred grounds. The last day of the Festival, June 27, will feature day hikes in the Seeley-Swan. Admission is free to the public.

The literary festival was launched in 2015 by Alpine Artisans, Inc. to celebrate...