The making of a combat medic 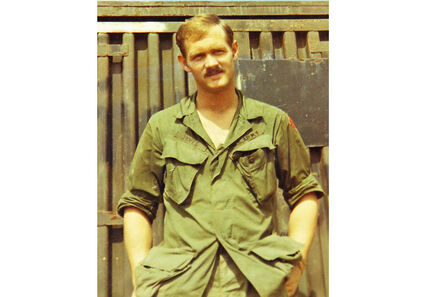 Medic William Jones the day he was leaving to return to the states after his tour in Vietnam ended. He said, "I almost never wore my uniform but I guess the Army didn't want me going home in rag-tag fatigues."

SWAN VALLEY – Bill Jones was in college in 1969 working on his degree in psychology when he was drafted. Apparently psychology was close enough to a medical degree for the Army. They gave him 10 months of training, proclaimed him a Combat Medic and whisked him off to Vietnam.

Jones recalled Jan. 3 was the day he had to leave for the war zone. Though he was with his wife and her parents he said, "I remember being just kind of numb, sitting and staring at cartoons on the TV, which was kind of a ridiculous thing to be doing. I guess I was kind of in shock."

Another distinct memory was of hi...