A Place for All 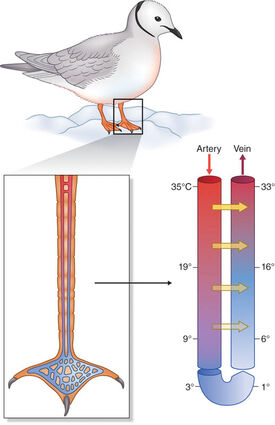 Just the other day while working at Placid Lake State Park, I observed a group of ducks gathered around a large space of open, ice-free water. Some were swimming and foraging in the shallow bottom gravel and mud, while others were situated near the edge of the ice mere inches from the cold open water. Of those birds on the ice, some were standing squarely on both feet while others were laying down; but there were three ducks who stood defiantly in the cold on one leg. One of those three even had its head twisted back and tucked into its plumage making it look like a one-legged, headless duck! In the moment, it was a sight worthy of a chuckle.

We have all been outside and watched ducks flying south at the onset of Winter, followed by their subsequent return in the Spring. So, what gives? Why are some of these waterfowl staying with us here in Seeley Lake when flying south to a warmer climate is such a practical option for them? Is sleeping awkwardly, balanced on one leg while fighting the cold really the best option for these birds? The short answer is yes. Staying home and braving the freezing temperatures is the best option for some birds; just like it is for me (and many of you). And just like those of us who stay, these birds have ways to stay warm as well.

Ducks maintain a body temperature of 40°C (104°F) and they use several different tricks and adaptations to stay warm. The first trick is calories. Nothing keeps our bodies warm better than a belly full of high-calorie food to digest. Next up is clothing. You keep yourself warm by wearing high-loft clothing layers. Ducks' feathers are designed to form a thin (almost shell-like) layer on the outside to block wind and water, with a soft layer of down-like feathers underneath. The two layers work perfectly in tandem to trap a layer of air between the skin and outside elements.

When it's particularly cold, a duck will turn its body so its side is exposed to the sun to absorb as much radiant heat as possible (even when the sun is behind the clouds). There is also positioning. You and I notice a slight increase in warmth from the elements if we stay close to a dark tree that is warmed in the sun. Similarly, the ducks on this particular day found that it is warmer (believe it or not) as close to the edge of the ice and water as possible. The dark patch of open water is warmer than the vast stretches of reflective snow on the lake behind the birds. Like us, when the ducks get chilled, they will tense their muscles and begin to shiver. And just like us, these ducks will acclimate to the changing season. A duck can more readily survive the entire month of January at 5°F, than it can a single day in May when the temperatures might drop to 20°F during a late spring snowstorm.

Up to this point, our overwintering ducks are employing the same tactics that you and I use to survive the frigid cold temperatures. But what about those bare-naked legs? Whether they stand on one leg or two, how do they keep from becoming a "duck-cicle"? The answer lies in a unique adaptation called counter-current heat exchange between arteries and veins. Arteries are the pathways which deliver blood throughout our body, and veins return the blood to the heart. In mammals, like us humans, arteries and veins do not run side by side. In bird legs, the arteries and veins run side by side. This counter-current heat exchange is the mechanism by which blood is cooled as it travels down the leg (cooled by the returning blood), and the returning blood is simultaneously warmed by the outgoing blood. As the artery is cooled, the diameter reduces sending just the bare minimum blood flow necessary to the foot extremities keeping the tissues alive. The veins are warmed as the blood returns to the bird's main body. The effect is that it requires less metabolic energy to rewarm the blood before it reaches the heart and core of the body. Without the warming effect of this counter-current exchange, the blood would almost immediately shock the heart into stopping by reducing the core body temperature into hypothermia, below what is recoverable. What an incredible adaptation! The temperature of the outgoing blood is 40°C (104°F), dropping a whopping 45° in temperature in the ends of its webbed feet down to -5°C (23°F), and then warmed back up to 32°C (90°F) as the blood leaves the leg and re-enters the main body of the bird. The result is that that the blood must only be heated a few additional degrees by the core body. Thus, preserving precious calories and allowing the duck to stay warm and very much alive. Our human bodies are not capable of anything like this.

Being active in the winter months is critical to both your physical and mental health. You don't have to spend a fortune on equipment. Go talk to some of our local businesses about the best clothing and protective gear. For a modest investment they will get you set up with gear that will last a lifetime and be lightweight and easy to move around in the snow. The right gear makes all the difference. Similarly, you don't have to go into the backcountry in order to experience and appreciate the outdoors. Go for a walk nearby your home. Some of our local government campgrounds are fantastic locations that provide easy access, and great wildlife viewing opportunities. Until next time, I'll see you out in your state parks!