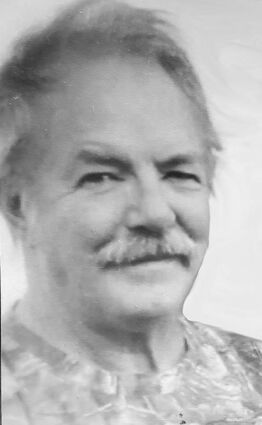 SEELEY LAKE - Robert R. Harnisch was born to Dorothy L. (Beyrer) and Raymond R. Harnisch near Glenwood City, Wisconsin on Oct. 29, 1949. In 1955 the Harnisch family moved to Bloomer, Wisconsin where he lived and worked on the family farm as a young child up through his college years.

He graduated high school in Bloomer, Wisconsin and attended Chippewa Valley Technical College in Eau Claire Wisconsin where he earned an associates degree in drafting. He worked as an architect in Chicago for about a year but didn't like the big city life much. He moved back home to continue working on his family farm.

In 1976 he moved to Missoula, Montana where he worked various jobs. He finally settled with Monroc Concrete, later named Missoula Ready-Mix, a career he truly enjoyed.

In 1979 he met and married Sharlene Leonard. They had two children together Nikki and Ryan Harnisch. Although divorced they remained good friends and co-parents. In 1992 he met his current wife Patricia Harnisch.

In 1995, when offered a management position at Seeley Lake Ready-Mix, he jumped on that opportunity. He moved the family to Seeley Lake where he continued the career he thoroughly enjoyed until retiring, the first time, in 2012.

He quickly became bored. He returned to work for John Richards Construction a short period of time then at the oil fields in Sydney, Montana as a water truck driver. He eventually returned to Seeley Lake and worked for O'Brien Trucking before retiring for the final time in 2014.

He was an avid lover of the great outdoors. If he wasn't always overtime or working outside around the house, he was riding his Harley Davidson with Patricia and friends or hiking, hunting, fishing, white water rafting, camping, canoeing, riding horses or go carts, dirt road driving, getting firewood and various other outdoor activities. He was ALWAYS outside. He thoroughly enjoyed and loved the "great outdoors" and instilled that same love of the outdoors in his children.

Although Robert was a man of few words everyone that knew him, knew he loved his wife, his kids, grandkids and his family deeply. He liked everyone he ever met, he never judged a single soul and gave everyone a chance or maybe even several chances.

After a courageous, nearly 10-year battle with Parkinson's, Robert peacefully passed away in his sleep the evening of Jan. 6 at the age of 72 years old.

It didn't matter if it was snowing, raining, sleeting, sunshine or all of the above, with a smile on his face and his bright blue eyes twinkling, he ALWAYS said, "It's another beautiful day in Montana."

He could be changing a tire in the middle of a mud puddle and it was "another day in paradise."

His family is planning a celebration of his life for summer of 2022.