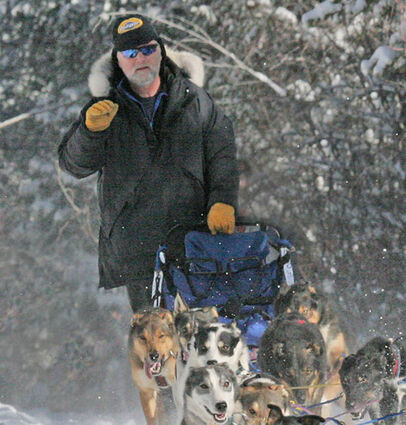 SEELEY LAKE - It is with a broken heart that I share with you. Martin Koenig passed away on Dec. 16. Martin was born in Switzerland on Feb. 6, 1952 to Werner and Rosa Koenig. His childhood in Switzerland was filled with many adventures!

It was with that adventurous spirit that Martin decided in 1973 to come to the United States. He became a machinist and horse farrier. In 1980 he settled in Montana. Ten years later he decided that running sled dogs was more fun than his horses, so he sold them and began the race circuit.

By 1995 Martin made Seeley Lake his home. Here he owned his own machine shop and business. He loved spending time with his dogs, whether taking puppies for a hike in the woods or training, camping and racing with his team!

Martin has raced his dog team in Canada and many states including Montana, Oregon, Wyoming, Idaho, Minnesota, Michigan, Washington. In 2008 and 2016 he raced his dogs in the grandfather of all sled dog races "The Iditarod."

Through the years Martin shared his skill and knowledge of mushing. He has helped people in many ways to fulfill their dream of becoming dog mushers!

He was an extraordinary guy who will be missed tremendously!!

Martin was preceded in death by his brother Peter and his parents Werner and Rosa.

He is survived by sisters Elisabeth (Rolando) and Adrienne (Paul), nieces and many friends in Switzerland and Germany. He also left behind many, many friends and dog mushing buddies here in the States.

There will be an outdoor memorial for Martin sometime this summer in Seeley Lake.

A beautiful tribute for an incredible man. Martin was a kind, generous, thoughtful man, a rather quiet soul who was always willing to help others. Martin will be missed.