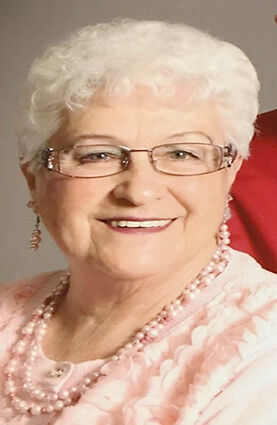 SWAN VALLEY - Cathrine Rose (Wise) Miller, 'Cathy,' passed away on Oct. 8 due to health complications. Cathy was born Sept. 25, 1937 in Ronan, Montana to Victor and Myrtle Wise. She was raised in Swan Valley, Montana and attended the one room grade school Smith Flats in the valley.

Cathy attended Hellgate High School, Missoula, Montana until her sophomore year. She completed high school attending night classes at Fulton High in Southern California in 1965. After returning to Montana with her then husband Ron Wagner and children, Cathy enjoyed outfitting as a cook in the Bob Marshall Wilderness. She was both an excellent seamstress and cook as was apparent by her love of entertaining.

She began nursing school in 1970 and received her LPN. She met and married Edward Miller in September 1973 and enjoyed 48 years together. Because of her love of nursing, she furthered her degree by receiving her RN from Sheridan College, Sheridan, Wyoming in 1988.

Cathy's hobbies were playing the piano, where she often enjoyed being the accompanist at church. She was an avid lover of music, playing the accordion and would spend hours at the piano in her own home. She also would sew for her family and loved knitting and crocheting. She was well known for her excellent baking skills. Her neighbors often benefited from her culinary talents.

Cathy gave her life to Christ at an early age in her life and is now enjoying being in the presence of her Savior Jesus Christ. Her life's Bible verses were Proverbs 3:5-6.