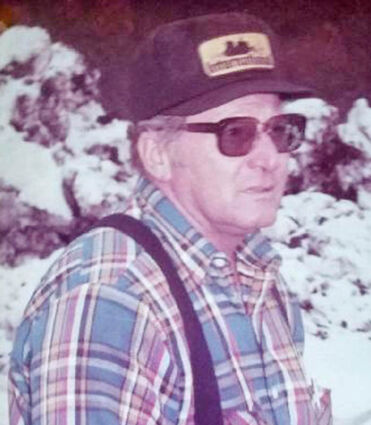 SEELEY LAKE - Norman Wesley Baier, 92, passed peacefully from this life on Oct. 29 at his daughter's house in St. Ignatius with his wife Rose and daughter Karen beside him.

Norman was born Sept. 27, 1929 in Fessenden, North Dakota, shortly before the stock market crash and the onset of the Great Depression. Consequently his childhood, like many of that era, was basically non-existent. As with most rural families, everyone in the Baier household had to work to have money for food and clothing.

His parents Jacob Baier and the former Emma Bender moved the family to the Bitterroot Valley early in Norm's life and he attended school there until the seventh grade when he decided he was better off working.

Norman worked many jobs during his early years: tending racehorses, laboring on pipelines, laying railroad track, etc. Shortly before he married Rose M. Williams in Hamilton, Montana in 1950, he began working in the logging industry. He worked for a number of people early on but later was the first man hired for the onset of the Jack Long Logging Co. For the next 10 years Norm was the wood's boss for this company that quickly became one of the largest logging, road building, log hauling entities throughout Western Montana, employing hundreds of workers in the Seeley-Swan Valley alone.

Eventually, Norman opted to start his own business B and K Logging Company, which he greatly enjoyed operating. He soon became one of the largest log-producers for Van Evans Lumber Company, a major lumber mill in western Montana at the time. He retired in the early 90s and began helping with maintenance and odds and ends at the Seeley Lake 1 Stop that he had financed for his sons.

Norman built a reputation for being a bit ornery, but at the same time, was very generous with his time and money for friends, family or any cause he felt was worthwhile. He never had much time for recreation, probably a result of the hard-scrabble years of his youth and the struggle of providing a living for his family during the difficult early years of logging in the Seeley-Swan Valley.

Norm passed away exactly as he arrived back home to his mother as a youth after being away working for weeks...with dollars in his pocket and not owing money to anyone...

Norman is survived by his "girlfriend" Rose, with whom he recently celebrated a marriage of 71 years; daughter Karen Stewart; sons Bill (Chris) and Bob Baier; brother James Baier; sister Jean Romanick; and many nieces, nephews and grandchildren.

He was preceded in death by his parents Jacob and Emma; brothers Arthur and Kenneth Baier; sisters Martha and Doris; and an infant daughter Penney.

Norman will be buried as he lived, simply, in a pine box, interred at Seeley Lake Cemetery, in the valley that was his home since 1957. Services for friends and family to be arranged at a later date.