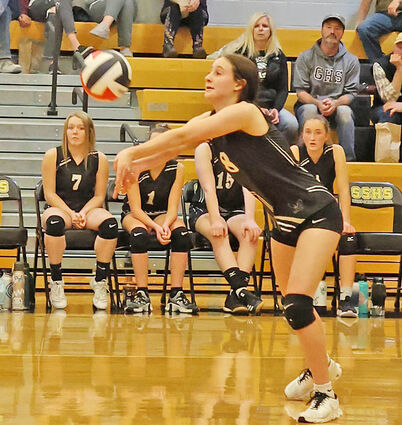 Junior Madison Debernardi gets under the ball. She had 10 digs against Granite.

SEELEY LAKE - The Seeley-Swan Lady Blackhawks found success early in the week taking down Superior Oct. 5 in three sets 25-19, 25-9 and 25-13. They hit a stumbling block when they hosted Granite Oct. 7. Granite's only loss this season was to the Lady Blackhawks on Granite's home court in mid September.

The Lady Blackhawks trailed Granite early in the first set but tied up the game at 12-12. They tied it up again at18-18 before Granite pulled ahead to a 21-25 victory.

The second set played out in similar fashion with the Lady Blackhawks falling behind early, letting Granite run to a 6-point lead before scoring a single point. They then fought back to tie up the game at 14-14 before coming up short 22-25. 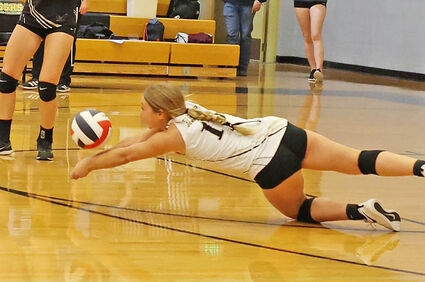 Junior Dani Sexton lunges for one of her 9 digs against Granite.

This week the Lady Blackhawks host Drummond Oct. 14 with JV starting at 5:30 p.m. They then host Hot Springs for Homecoming and Senior Night with a varsity only match starting at 6 p.m. Oct. 16.