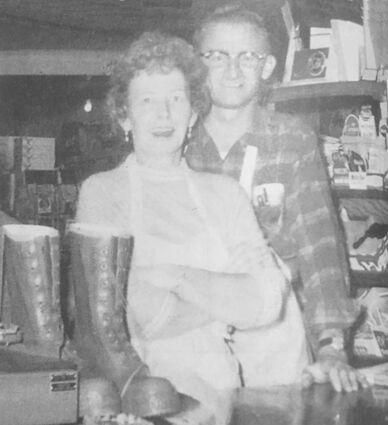 Dan and Daisy Cainan in 1961 after purchasing the Freshour's Store in Seeley Lake and moving here from Missoula.

Seeley Elementary trustees may have to rethink their game plan for the proposed new middle school, according to Dr. Bill Anderson, Deputy Superintendent of the Office of Public Instruction (OPI) Helena.

Residents have been assured by Seeley Elementary trustees that property taxes would rise only slightly if a middle school is built because of addition funds from a middle school funding "loophole." However, Anderson confirmed reports Tuesday that OPI may recommend legislation during the next legislative session to eliminate the middle school loophole. Legislation to close the loophole has been discussed for quite some time, according to Anderson.

Voters will be asked to decide on construction of the new school Nov. 4. 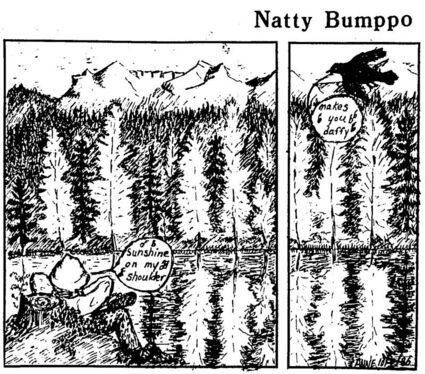 On Saturday, Oct. 13, from one to four o'clock at the Community Hall, the community of Seeley Lake is invited to attend an Eightieth Birthday Party for longtime resident, Dan Cainan. Cainan was born October 12, 1921, in Aurora, Illinois to Blethyn (B.J.) and Mary Cainan, the second of six children.

At age seven, his family moved to Butte where his father worked in the mines. Shortly after arriving in Montana, his father suffered a mining accident that broke his leg in three places.

The Cainan family moved to Hamilton where his father took up odd jobs working as a janitor, and teaching piano lessons,

Cainan said that growing up "peasants" in Hamilton was difficult and school was not his strong point. He jokes that they "kicked him out of third grade"...