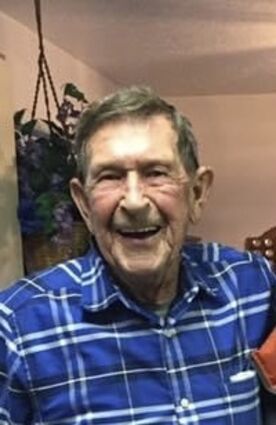 GREENOUGH ~ Glenn Harrison Truett, 90, of Greenough Montana, passed away on Thursday, Sept. 23, 2021 at his home of natural causes.

Glenn was born on Feb. 23, 1931 in Bryson City, North Carolina to Elbert and Texie Truitt. As a boy he was raised in hill country of North Carolina on a small farm. During his teen years he worked in the timber logging with horses /mules and also worked in the cotton mills. At the age of 17 he enlisted in the US Army, he served from 1948 to 1953 and was in Korea during that conflict as a Sergeant 1st Class and a tank mechanic.

On Nov. 3, 1950 he married Constance Mary Rusk of Black Forest, Colorado. After completing his obligation to the US Army, the couple settled in the Black Forest and started their family. Glenn built and operated the Black Forest Garage and Gas station. At the same time Glenn continued as a civil contractor and worked at Fort Carson in Colorado Springs.

In 1965 Glenn and Connie with family moved to Missoula, where Glenn started working for the Forest Service as a mechanic at the 14th street vehicle and heavy equipment garage. He and Connie raised their family of four girls and three boys in the Orchard Homes area where Glenn and Connie were active in Country Life Club and Square Dancing. Their home was always full of laughter, good times and their kids' multiple friends.

In 1985 Glenn retired from the Forest Service. He and Connie purchased property and started building their retirement home in the Greenough area. In 1989 they moved into their new home and became part of the local community. During his retirement he stayed active by working on vehicles and grooming the trails in winter for the snowmobiles and skiers.

He was preceded in death by his wife Connie of 50 years in 2001, his daughter Vickie Russel and his grandchildren Katie Salas, Patrick Schatz and Charlie Schatz.

Visitation will be on Friday, Oct. 1 at Sunset Memorial Funeral Home from 10 – 11 a.m. at 7405 Mullan Rd. Missoula, with services to immediately follow. A brief reception will follow for friends and family at Sunset Memorial. Burial will be at the Seeley Lake cemetery at 3 p.m.

Arrangements are under the care of Sunset Memorial Funeral Home in Missoula.