Pirates and Trojans no match for Lady Blackhawks 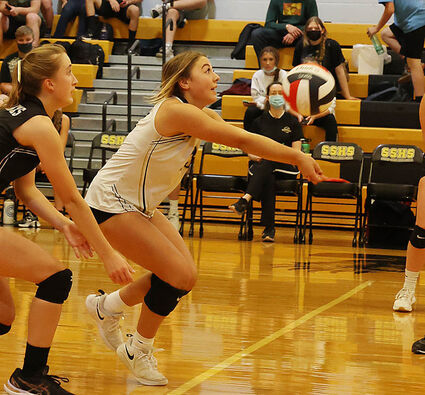 Junior Dani Sexton with one of her 8 digs against Victor.

The Seeley-Swan Lady Blackhawks had no mercy on Victor or Drummond last week. They defeated both teams in three sets and did not allow either team to score more than 15 points in a set.

Cora Stone and Sariah Maughan led the Lady Blackhawks at the net with 9 and 8 kills respectively.

The Lady Blackhawks headed to Drummond Sept. 25 and defeated the Trojans 25-15,...