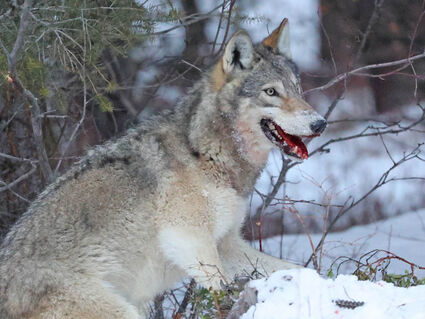 Rob Henrekin has actively trapped wolves in Montana since the season opened in 2012-2013. He has harvested 15 wolves and only one year did he fill his limit of five.

Sitting around the shop table, local trappers Bob Sheppard and Rob Henrekin discussed the expanded wolf hunting and trapping regulations approved by the Montana Fish and Wildlife Commission this past August. Changes implemented include raising the statewide quota to 450 wolves before review, increasing and removing regional quotas and doubling the total wolves allowed per hunter/trapper from five to 10. The Commission also extending the wolf trapping season and legalized neck snares, baiting and night hunting on private land.

Some believe that the new regulations will decimate the wolf pop...