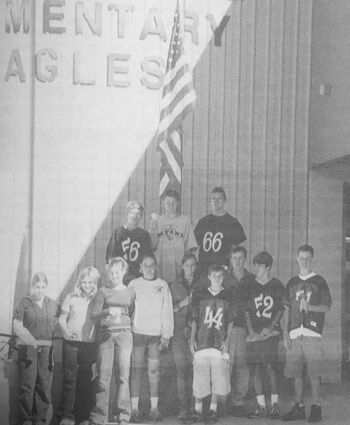 There was a packed house at Leisure Lodge last Thursday evening when the Ad Hoc Businessperson's Group met to "wrap up" their summer-long discussions. During the previous two weeks, the findings of the group had been distilled down and prioritized by a committee chaired by Bud Johnson. Johnson presented the recommendations of the committee, which comprised two major goals: establishment of a community council for Seeley Lake and restructuring of the Chamber of Commerce into a more business-oriented organization. Several dozen subsidiary objectives, pertaining to local business problems, were also presented; these fell under the general headings of development of a business master plan, and improved business...

Frost touched the huckleberry leaves last Friday and turned them red and orange and purple. Folks in Seeley Lake woke to the miracle of September, and Norman Maclean chatted with Robert Redford about the possibility of a movie production here next year. The movie would be based on Maclean's moving story, "A River Runs Through It," about life and death and love in Montana.

"I've been hounded for 10 years about this thing," Maclean said on Saturday. "It seems to have an appeal to a fair number of people." "A River Runs Through It" was published in 1976 and since that time "everyone from Paramount to summer school students" has inquired about the possibility of creating a movie based on the sensitive, and tragic, tale of Maclean's early days on the Big Blackfoot River. Maclean has mixed feelings about the possibility of a movie based on his story, which was, in part, a tribute to his brother.

"I'm not asking anyone to make a movie ... I don't know whether I want to see the death of my brother again," he said, solemnly referring to the tragic end of "A River Runs Through It."

But he has developed a rapport with Redford. "I feel at ease when I talk to him," he explained. "His heart is in the right place most of the time," he said of Redford, who is an active environmentalist and loves the woods.

There would be several conditions to the filming of "A River Runs Through It." "It better be done on the...

Alan "Pete" Taylor moved to the Swan Valley full-time in 1989 and he's been volunteering here ever since.

"It's how I pay my dues for living here," he said recently. Taylor was named Volunteer of the Year by the Swan Ecosystem Center at Condon and received recognition during July 4th activities in the Swan Valley. 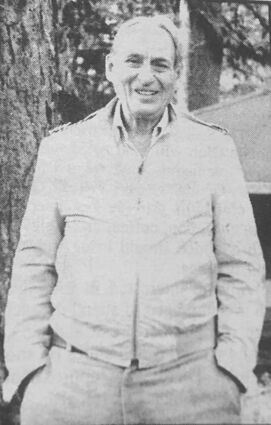 Taylor is best known for his volunteer services as a meetings facilitator and planner, helping local groups conduct productive meetings where all participants have a chance to speak out and understand the meeting objectives.

In June he facilitated a two-day Fire Seminar held at the Swan Ecosystem Center conference room. The meeting was attended by representatives of several statewide organizations and groups involved with wildland fire in the Swan Valley. It was the 264th meeting that Taylor had facilitated for free in the Swan Valley since he retired in 1989...