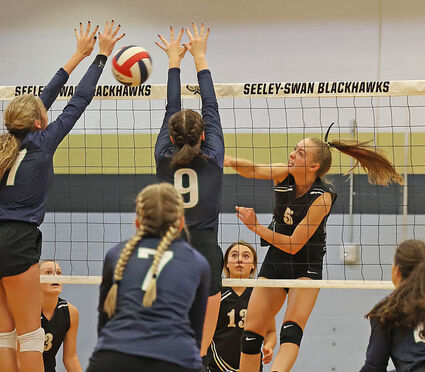 Senior Sariah Maughan pounds the ball through the Eagles' Blockers for one of her 15 kills in the match.

Sariah Maughan led the Lady Blackhawks with 15 kills while Ava Thornsberry had 17 assists and 11 digs. Trista Wendel served up 4 aces and Cora Stone and Maughan each had a block.