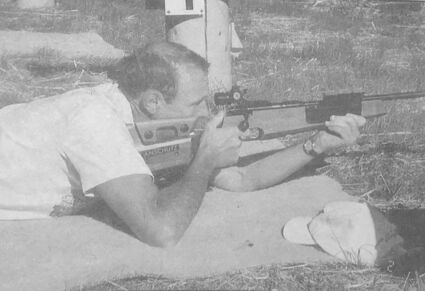 Koon caught the bull trout on a Rappala lure. Positive fish identification was made by Jay Haveman, area game warden and Don Malmberg, Parks Supervisor. The fish was weighed on a certified scale by Dan Cainan, Seeley Lake.

According to Cainan, bull trout won't often travel up Owl Creek to Placid Lake from the Clearwater River because of the water fluctuations of the small tributary. The bull trout migrate from the Blackfoot River. However, this year, Cainan has seen a ten, a nine and a five-pound bull trout caught in Placid Lake.

Jack and Laura Bogar bought the Hungry Bear in 1981. Since then, their restaurant has achieved considerable fame for the excellent food which is served. Laura has over twenty years of experience in the restaurant business; Jack has a long background in the grocery business. 'The Bogars' experience, the warm atmosphere of the log-built, rustic restaurant, and, according to Jack, his vast repertoire of old jokes, have all combined to make the Hungry Bear a favorite haunt of local residents and tourists.

Apart from being justly renowned for their steaks, they have also been running a very popular "Rib Night" on Wednesdays. Other favorites include Laura's "secret recipe" Canadian Cheese Soup and Jack's huckleberry daiquiris. Dinner is served at the Hungry Bear from 5 to 10 p.m. (closed Mondays).

(Editor's note: This week Pathfinder begins a series of brief profiles about the teachers

in our local schools.)

Continuity is a key element in the long-term success of any school program, according to one of the Seeley Lake Elementary teachers. The following outline of teachers illustrates a very low turnover rate at Seeley Lake Elementary which, according to staff members, has contributed to the stability of programs and high academic achievements of students.

Principal/Superintendent John Hebnes. Hebnes was hired this summer to replace former principal Bob Aumaugher who, after seven years at Seeley Lake, accepted a position in the Kalispell school system at Evergreen. Hebnes comes to Seeley Lake from Brady, Montana, where he has worked as superintendent since 1979. In addition to his duties as superintendent at Seeley Lake Elementary, Hebnes will also teach fifth and sixth grade math. He feels that teaching is perhaps the most enjoyable part of his job. He is looking forward to meeting parents and students as the new school year begins.

Hebnes and his wife, Fran, will soon be moving into town (near the grade school - they are presently renting a place north of town). They have three children: Tomanie, second grade, Jeremy, sixth grade and Brittnie, freshman at Seeley-Swan High School.

Kindergarten: Kathleen Thompson is beginning her ninth year as a teacher at Seeley Lake Elementary. She and her husband Stephen, who works for the Forest Service, have two grade school-age children.

First Grade: Zelda Haines has taught for fifteen years in the Seeley Lake Elementary school system. In addition to first grade, she has taught kindergarten and upper grades. Her husband Kim is principal at Seeley-Swan High School. They have three children; the youngest will be a senior at Seeley Swan High School.

Second Grade: Debbie Ash has been working at Seeley Elementary for the past four years. She worked in special ed before teaching second grade here. She and her husband, David, have three young children.

Third grade: Kathy Davis (photo not available) will be starting her 11th year at Seeley Lake Elementary. In addition to third grade, she has also worked in special ed. She has one daughter Patty who is a junior in college. 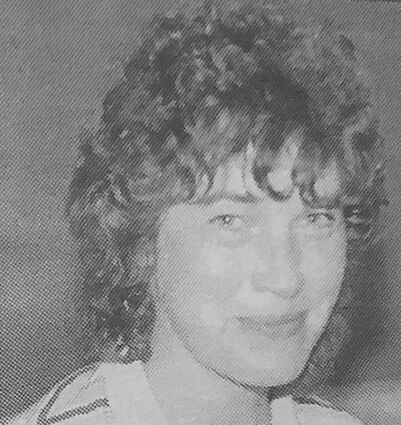 Lynn Carey of Seeley Lake took Best Overall at the first Summer Biathlon event held at Lubrecht Forest on July 14th. This sport is a running and rifle marksmanship event.

The new shooting range has six targets, which were put in by William Wyatt of Lolo. Seeley Lake resident Werner Probst is the race director for Montana.

The event was sponsored by Sportsman Surplus and Merlin and Federal Ammunition. Sixty-five participants ranging in age from 7 to 70 enjoyed the sporting event....