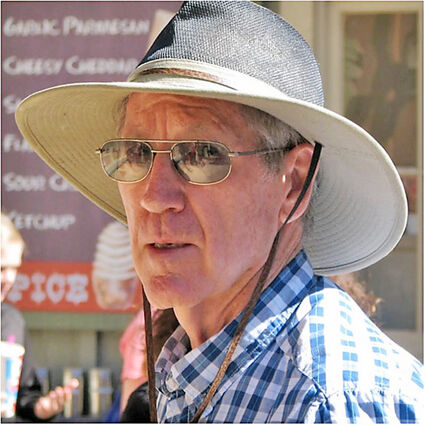 SEELEY LAKE - LeRoi Lewis Smith, 85, of Seeley Lake, Montana passed away on Monday, Aug. 2 at home with his wife Joyce.

"Roy" grew up in Dailey where he attended a one-room schoolhouse through the eighth grade. He loved sports and outdoor activities of every kind, including helping run his dad's fur trap lines and the "burden" of taking his grandmother fishing. He graduated from Dowagiac (Michigan) High School in 1953 where he excelled in academics, football and baseball including offers to play professional baseball for the Boston Red Sox and New York Yankees. Instead, he chose to attend Wheaton (Illinois) College where he graduated in 1957 with a degree in physics and was a football Little All-American offensive guard.

His first career as a geophysicist research scientist began with the National Bureau of Standards in Boulder, Colorado and led to work in Nebraska, Boulder, Fritz Peak Observatory, University of Hawaii and culminated at Battelle Northwest in Richland, Washington, where he did upper atmospheric research from 1969-1981 on NASA and the National Science Foundation projects including mapping of the earth's magnetic field lines. He and Marge founded LeMar & Sons, a custom computer bookkeeping and school administrative software company in 1980 and moved to Seeley Lake, Montana.

Following his freshman year at Wheaton, LeRoi married his high school sweetheart, Marjorie (Marge) Lois Robbins and they had three sons. The family lived on a hobby farm in Boulder and created a Welch's Concorde vineyard in Benton City, Washington. He was an active member of his churches as an adult Sunday School teacher, board member and youth program leader. He coached community and school sports teams and was a school board member. He and Marge were also involved in music at their churches and founded three church youth choirs: Selah Singer in Richland, Missoula Music Messengers in Missoula, Montana, and Mission Mountain Messengers in Seeley Lake.

After Marge's passing in 1997 LeRoi married Joyce Castonguay of Seeley Lake in 1998. They continued to be active in their church and ran LeMar & Sons until 2010. Roy & Joy loved to travel and spend time with their children and grandchildren especially at their warmer winter retreats in Florida and Arizona. He loved camping, fishing and hunting with family and friends. After more than 40 years in the woods and on the water in the Seeley Lake area, they moved to their apartment in Missoula in April 2019.

LeRoi is survived by: his wife Joyce; his brothers Jim and Dave; his sister Beverly; his three sons Dan, Dwight and Dale; three stepchildren Darlene, Guy and Brian; and numerous grandchildren and great grandchildren.

Visitation will be on Tuesday, Aug. 10 from 5-9 p.m. at Faith Chapel in Seeley Lake. The memorial service scheduled for Saturday, Aug. 14 at Mission Bible Fellowship in Seeley Lake has been canceled. A private graveside service will be held at the Seeley Lake Cemetery on Highway 83.

Flowers can be ordered through ReMarkable Floral in Seeley Lake at (406) 677-3200. In lieu of flowers we ask that memorials be directed to: LeRoi Smith Memorial; Our Daily Bread Ministries; PO Box 2222; Grand Rapids, MI 49501 or use this link: https://secure.ourdailybread.org/planned-giving/#memory-giving